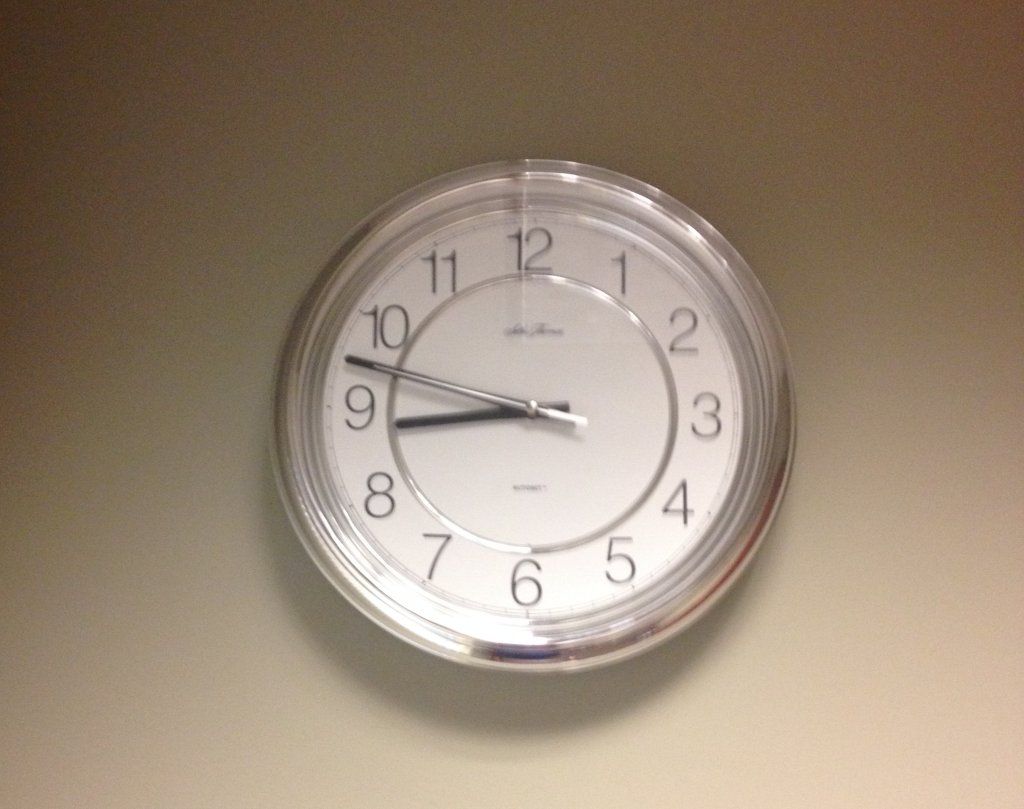 Written by KathleenBDuncan on August 12, 2014. Posted in Grief, Healing, Love.

Last fall, I posted the following article about the 12 Second Warriors.

This group of young people continue to amaze me.  I have seen some of them a few times over the past years and have followed many on Facebook.  They have gone on to thrive after a horrible ordeal.  They have continued or finished school, gone to jobs and graduate school, performed, loved, gotten married, and simply lived.  Some are performing again this summer in Texas! The Musical.

Timothy is recovered for the most part and is back to choreographing and dancing.

They have loved me and loved the other parents well.

Here is the story of the 12 Second Warriors.

The group of young people involved in the 2013 Musical Texas! are remarkable.

Not only are they remarkable actors, singers, dancers and crew, they are remarkable people who made it through a remarkable event that no young person should ever have to deal with. They lost five friends in one horrible moment on August 12. A sixth was injured and faces months of recovery. On August 14 they performed the show in front of friends and family. Through tears and pain they gave it their all. They performed for the public a few more times that week to finish out the last 12 seconds of the most difficult summer of their lives.

They have taken on the motto of “12 Seconds Left”.

Here is an explanation of what that means written by one of their own. Please take time to read it.

I have never seen so much rain during a TEXAS summer as I have this season. Three – count ’em, THREE – shows were rained out. Unbelievable. During the Overture of the second of these shows, the rain began to pour down. The cast, instead of groaning and forcing the smile to stay on our faces, began to laugh and enjoy ourselves. We were out there, we might as well make the most of it. We performed the entire overture in the rain.Well, almost the whole overture.

At the top of the “We Invite You All To Come To Texas” Reprise, the last number in the overture, the lights went out on us. After we had danced the hardest choreography in the overture for one of the most supportive audiences we had ever performed for, management cut the lights on us. We understood it was for our safety, but we had already come so far, and we just wanted to finish the song! Many chorus members and dancers continued performing even as they ran offstage, hoping to give this wonderful audience the show they came to see. As we ran off stage, soaking wet and panting, we simultaneously laughed and vented our frustrations.

“Come on!” we yelled. “We only had twelve seconds left!”

Early on the morning of Tuesday, August 13th, we were told that five of our cast members had died in an accident with a tractor-trailer coming back from the cast party, Julian Arredondo, Clint Diaz, Andrew Duncan, Eric Harrison, and Amanda Starz. The sixth, Tim Johnson, was in critical condition in the hospital. The news was absolutely crushing. For a few solid hours, we held each other up as we cried for the loss of our friends – not even friends, our family. Our bodies and our souls ached. I will never forget the screaming and the sobbing I heard and contributed to that night. As I recall the communal anguish of the cast, crew, and friends of those involved in the crash, my heart is pounding and my chest feels like there is a cinder block sitting on it. No one should ever have to feel what we felt. All I could think about was the regret. I thought of how Clint and I only really hung out once over the whole summer, even though we had talked about it for ages. I thought of the coffee date Julian and I had set up for Tuesday morning. I thought of the heart to heart Andrew and I had at the cast party, and how I felt our friendship had truly started on that day. I thought of how Eric had asked if he could ride back to Canyon with me from the party, and chose to ride with Clint instead. I thought of how Tim always wanted to have me come to more of his dance classes, and I didn’t. But worst of all, I thought of how I barely even knew Amanda. I was angry, sorrowful, and in shock. And I was not alone. The TEXAS family hurt as one that night. Thankfully, we allowed ourselves to smile and even laugh a little before we finally crawled home to try and sleep. Most of us were not successful in that endeavor.

The next day, the cast was called together to decide the future of the season. We only had four shows left, since the one for that night was cancelled. When I walked into that room, I was under the impression that we were all on the same page. After all, if theater people are famous for anything, it is for our perseverance in the face of adversity – “the show must go on.” I was surprised to discover that this was not the case. Many people did agree that the show indeed must go on, but some only wanted to do one show. Some did not want to continue at all. More tears were shed, tempers flared, and pleas for understanding were both heeded and ignored. Eventually, we decided to perform one private show for friends and relatives, and the rest of the season would go as planned. No one was required to stay for any of these shows.

One of my friends stood up and reminded us of the night the overture was cut short before we could finish. This guy is happy all the time, and to see him hurting caused me even more pain. However, smiling through his tears, he recounted the events of that night, and said “We only have twelve seconds left. Let’s finish it for them.” If I wasn’t completely convinced that I had to finish out the season before, I was then. I knew at that moment that I had no choice. Had any of those six people been in our place, and any of us in theirs, I know for a fact that they would want to finish the show for us. This could not have happened to six more loving, talented, dedicated, and passionate people, and I know that they would have pushed through to the end for us. In fact, the families of each of the five people we lost was so happy that we had decided to continue the show – they said that it’s what their child would have wanted.

Wednesday night, we showed up to the canyon, terrified of the show we were about to attempt. I know I was shaking almost the whole time I was getting ready. Before the show, the chorus always has a “hands in” moment, and the phrase is always something funny or motivational to get us going. That night, it was “12 seconds left.” And it was for every night following.

No one was ready for the emotions that flowed out of us, like the rain that poured down all night. Performing a show with empty spots and stand-ins only reminded us of who should have been there. Certain moments of the show felt almost impossible to complete without our lost friends. Andrew wasn’t there to wink at me in Folklorico. Watching DJ dance without Amanda was heartbreaking. Every moment without Tim left me feeling lost and sad. Even backstage, their absence was painfully obvious. Before every show, Clint always gave me a hug and he looked for some way to compliment my makeup or my voice or just say how much he loved me. I ran offstage after Plum Pickers and fell to the ground, knowing Julian wouldn’t be there to unhook my dress and comment on how lucky he was. I almost expected Eric to be hanging out backstage to hug us and tell us how well the show was going, and how much he missed doing Twelfth Night with me. The audience cheered for us through their own tears, knowing that at times, their support was the only thing getting us though the moment. Everyone was emotionally compromised. We held each other, knowing that if we didn’t we might break apart.

But we made it. Even with the rain, the tears, the heartache, and the pain, we actually made it through what turned out to be the most beautiful and the hardest performance of our lives. More people left the next day. We banded together and promised to finish the season – to bring ourselves peace, to give the audience a show they’d never forget, and to honor the lives of our angels. We learned Tim was doing better, and it spurred us on. The shows got easier to do. We learned to use and push through our feelings. Before every show, we renewed our promise – 12 seconds left. When the end of the season came, we knew none of us would ever be the same, but we knew we were a strong, loving, and resilient family. I will forever hold each member of the TEXAS 2013 cast and crew in my heart. I know our angels were with us every step of the way, and I know they are still with me now. They will be with me always. Tim gets better every day, and it makes my heart soar to get updates from him. I cannot wait for the day that he dances again, and I know Clint, Julian, Andrew, Eric, and Amanda will be there to hold him up and inspire him.

So when you see the hashtag #12secondsleft on Facebook, this is what it means. It means sticking with it when the going gets tough. It means finishing strong, even when you feel like you’ve got nothing left. It means supporting your family when they are in need. It means smiling bigger, singing louder, and dancing harder. It means never taking your friends for granted. It means loving the people in your life, no matter how often you get hurt.

But most importantly, it means never forgetting. Clint, Julian, Andrew, Amanda, and Eric – my angels. I will never forget you. Thank you for being my inspiration.

I am not okay. Not yet. But I will be, because I know you will be there for me. I can push through this.

In the days after the accident, when asked how I was doing, I often answered, “I am breathing.” I had to take it moment by moment, breath by breath. Soon I was taking moment by moment and a day at a time. I still have my moments when I am overcome with grief and sadness.

But I know God is with me every step of the way. He will be with you as well if you ask Him to be. Will you ask now?

How else will you make it through the next 12 seconds?